Not surprisingly, new doors open, others close once you obtain your doctoral degree. Therefore, a doctoral degree is a prerequisite to moving up an academic career towards a professorship and for a leadership role in some economic sectors. However, in some sectors, you will be considered overqualified with your doctorate.

Depending on the subject area, there is an entire gamut of opportunities beckoning both in and outside of research and teaching, with an exciting job that suits you: a career in academia is not the only option available. On that account, it is importantthat you know yourself well, that you are familiar with prospective 'target sectors' and that you are aware of the view these sectors take of you and your doctorate. The publication "Perspektiven nach der Promotion" (Prospects after obtaining a doctoral degree) authored by the German University Association for Graduate Training (GUAT) will show you how to make sure all sides are satisfied. It is available at: https://www.uniwind.org/publikationen/publikationsreihe.

Last but not least: A doctoral degree is more than a title. It provides you with a set of competencies that will prevent your career prospects from being reduced to just plan A or plan B!

Postdocs are - broadly speaking - researchers who have obtained a doctoral degree and seek to get further qualifications with a view to gaining eligibility for a professorship. There is currently no common understanding in this regard, neither at international nor at national level, and this can also be put down to the different disciplinary cultures within the individual universities. Habilitation researchers are generally also considered to be postdocs, although their status as habilitation researchers is legally governed by a habilitation regulation.

Whichever definition is used, the postdoc phase is always associated with tasks und development objectives. On their career path towards a professorship, postdocs are expected become more scientifically independent over time, for example. The German University Association of Advanced Graduate Training (GUAT) divides the postdoc phase into three parts:

The point of this orientation phase, which lasts roughly two years, is to reflect on which path to take and determine whether you are capable and willing to meet the requirements in the necessary qualification areas in your bid to attain eligibility for a professorship.

Theoretically, lots of different opportunities are available to postdocs, both ahead of and after the profiling phase. Therefore, profiling can take the traditional route of habilitation. Theoretically, however, there are also other possibilities, including the management of early career researcher groups, junior or tenure-track professorships and other appointments funded by third parties, all of which serve to gain further qualifications. After the profiling phase, work inside and outside of academia and in the intermediary field (institutes, research companies, etc.) would be a possibility.

If you meet the formal requirements, you can apply for a professorship or chair position.

If you decided to qualify for a professorship early on in the postdoc phase, different routes will be open to you and these will vary depending on disciplinary culture and availability. These are (in simplified terms)

The German academia is flexible in that you can also apply for other qualification appointments while you already hold a postdoc position. In such cases, the academic age requirement for the individual appointment is what counts. Especially the newly introduced tenure-track professorship is intended for early career researchers in the initial stage of their career. The specific regulations applicable may vary depending on funder, federal state and university.

The Graduate Centre and the Research Services Division are happy to provide advice, especially when it comes to further opportunities, strategic considerations, specific regulations, variations and the organisation of funding for appointments. 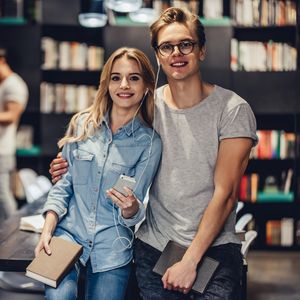 Whether you want to find out about our funding opportunities, events or other points of contact, or have suggestions or ideas for us:

How can we help you?